Singer sewing books are among the best out there, we know that. So when Singer brought out zig-zag machines, they were keen to show what this exciting new piece of kit could do for you. So they included 55 pages of sewing technique into the manual for model 319! Start reading on page 56. 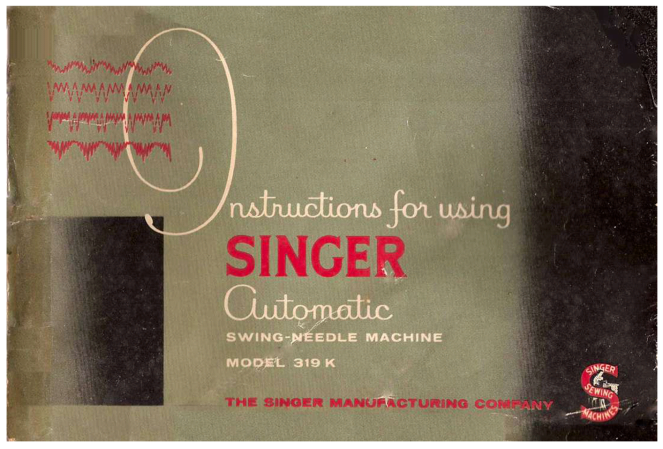 I found two versions: 319K on ISMACS and a slightly later 319 on Singer website. The ISMACS version is a scan in grey tones, so the photos come out well but the text and diagrams a less crisp. The Singer version has a few extra pages and is a high contrast scan, so text and diagrams are really crisp but photos are too dark. I printed the ISMACS version on A4 paper, so pages are enlarged, and it came out very well – haven’t tried printing the other version though. I printed it because it’s such a good sewing book that I want to keep it at hand for frequent reference!

5 thoughts on “On darts, hems, ruffles and lace”